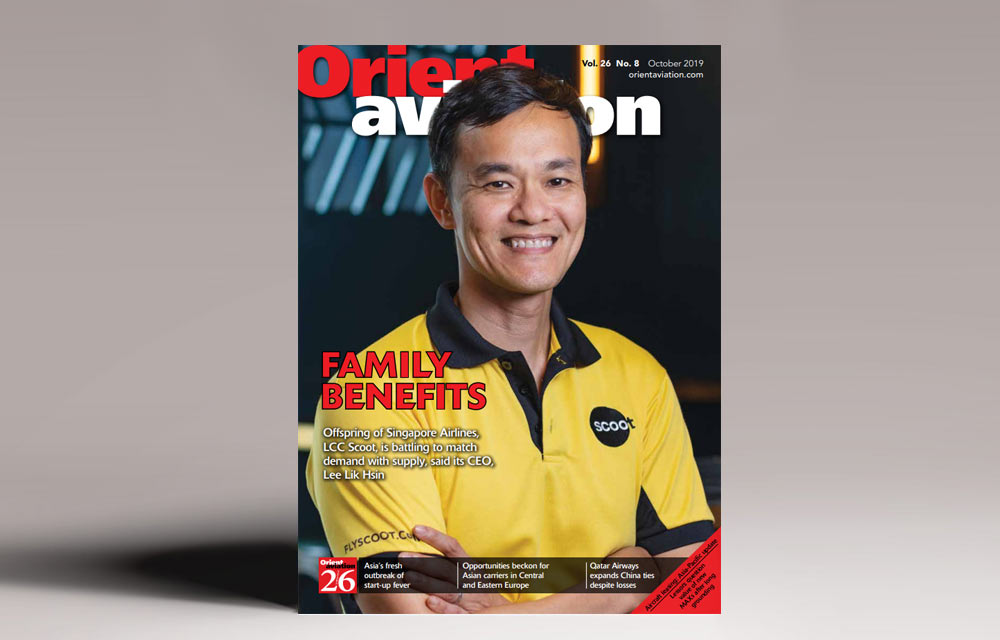 Asia’s long-term passenger market will need 16,325 new aircraft in the next two decades with 4,205 of the aircraft planned for fleet replacement, Airbus said in its latest global forecast, released in London last month. The region also will need 223,210 pilots and 259,690 new technicians, Airbus forecast.

Global air traffic will grow 4% a year to 2038, which will result in a doubling of the world’s airline fleet in the forecast decades, Airbus chief commercial officer and head of Airbus International, Christian Scherer said.

The Asia-Pacific’s share of global added GDP has grown by 21% from 1970 to 1980 to 54% between 2010 and 2018, Airbus said. “Today, although India is outpacing China in economic growth, the region remains linked to China and its transition to a consumption based economy,” it forecast.

“Concerns about slowing economic growth have eased recently but trade tensions with the U.S. are a downside risk, at least in the short-term,” Scherer said. “The Asia-Pacific will continue to lead world economic growth with expected average real GDP growth of +4.1% a year for the next 20 years.”

The importance of the traffic within the region has grown, particularly domestic traffic within individual countries, Airbus said. “Since 1998, this traffic has grown from 22% to 33%. Together with other traffic in the region, it accounts for nearly 60% of all Asia-Pacific traffic,” Scherer said.

Dominant markets for domestic traffic are China (57%) and India (11%). The two markets have recorded annual growth of 12.4% and 11.1%, respectively. The growth rates of Japan, Indonesia and Australia also have been very strong compared with global growth trends, the forecast said.

“For intra-regional traffic between Asia-Pacific countries, it is a much more fragmented market. For example, without looking at the data, it would have been hard to guess the largest traffic flow is between China and Thailand,” Scherer said.

TrueNoord CEO, Anne-Bart Tieleman told Orient Aviation: “We have added some well-known and successful airlines to our leased aircraft portfolio like Wings Air in Indonesia and Mandarin Airways.” Earlier this year, the lessor established an office in Singapore.

“We are closely watching the China-U.S. trade war and the unstable situation in Hong Kong. In the AsiaPacific, several markets stand out with the focus recently shifting to regional aircraft manufactured in China,” he said.

“In India there have been large turboprop orders on the back of the government’s incentive scheme. Collectively, the ASEAN countries are developing their regional fleets to connect remote
internal destinations and dramatically improve travel opportunities for island populations.

“There are large numbers of ATRs and Q400s operating in India, Japan, Indonesia, Malaysia and Philippines. South Asia, in particular, appears perfectly suited to turboprop operations with its remote destinations and short runways.

“Japan, China, South Korea, Australia and the Pacific islands have proved to be ideal areas for regional jet operations. The introduction of the Embraer E2 and the A220 have encouraged many airlines to look at these modern, low seat and trip cost planes as alternatives to narrow-bodies.

“If we add the Spacejet, to be introduced next year, the Q400 program under the de Havilland Canada brand and the development of ATR aircraft, TrueNoord can look forward to a dynamic future meeting the demands for leased regional aircraft right across this flourishing aviation sector.”