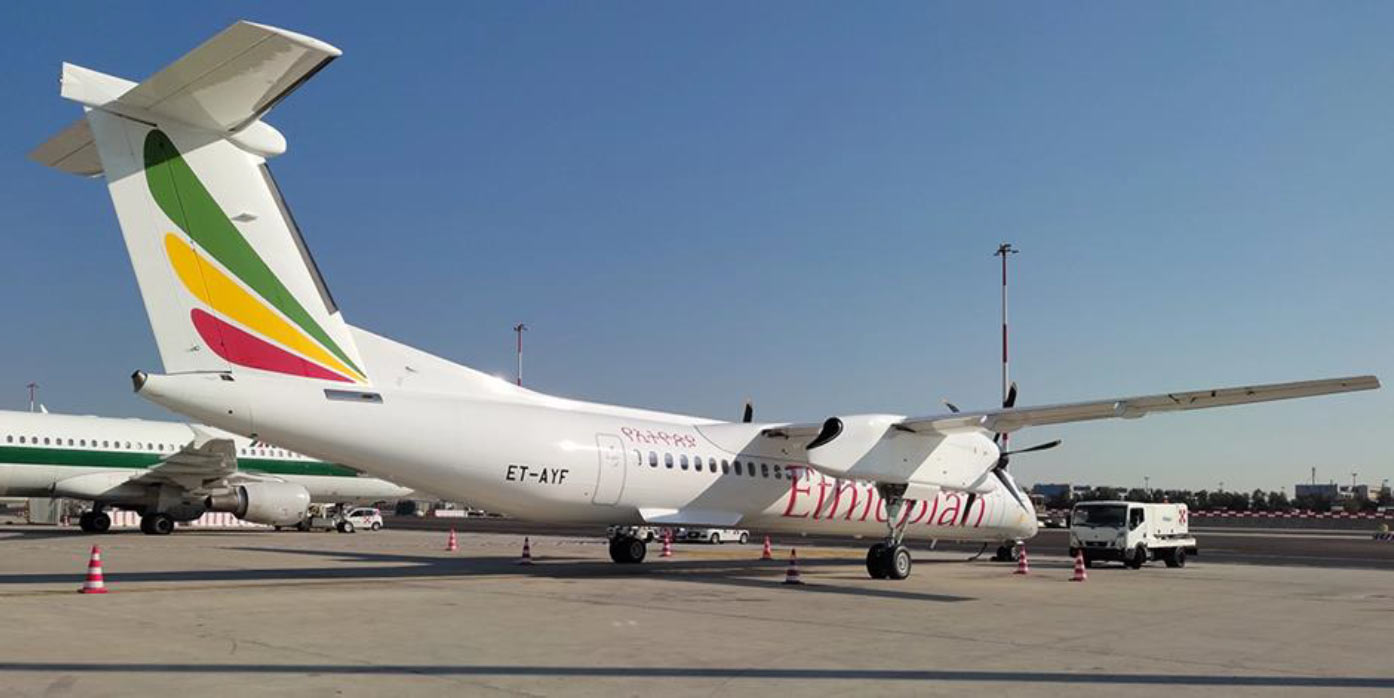 Ethiopian Airlines has signed an eight-year operating lease agreement with TrueNoord, the specialist regional aircraft lessor. Manufactured by De Havilland Aircraft of Canada Limited (“De Havilland Canada”), the new Dash 8-400 (MSN 4621) will be integrated into the fleet for immediate operation. Funding for the aircraft was provided by TrueNoord’s revolving warehouse facility underwritten by Citibank, Société Générale and Royal Bank of Canada. Pillsbury acted as legal counsel for TrueNoord on the acquisition with Milbank advising on the financing and Clifford Chance advising the lenders.

Sibert van Leeuwen, TrueNoord’s Sales Manager for Africa, Middle East, India, Russia and CIS comments that the whole team is proud to conclude this first lease programme in Africa. “Ethiopian Airlines has a growing portfolio and a strong reputation for service and innovation. TrueNoord is pleased to be chosen to support their regional connectivity with the versatile and economical Dash 8-400. Based in Addis Ababa Bole International Airport, the aircraft is enabling them to boost services domestically, and broaden the choice of routes across neighbouring East African countries. We are proud to be joining the ranks of lessors supporting an airline that is a driving force behind much needed airline consolidation in Africa and liberalisation of the air transport market in the region.”

Ethiopian Airlines (Ethiopian) is the flag carrier of Ethiopia and over the past 70 years it has become one of the Continent’s leading carriers. Operating at the forefront of aviation technology, the airline has also become one of Ethiopia’s major industries and a respected institution in Africa. A dominant force across the pan African network it currently serves 100 international and 21 domestic destinations operating the newest and youngest fleet in the region.

Mr. Tewolde GebreMariam, Group CEO of Ethiopian Airlines said “We are expanding with an important remit to explore new technologies alongside environmental matters and economic solutions. Ethiopian is committed to a sustainable future for regional aviation and meet new demands through collaboration with partners in the industry such as TrueNoord. We are growing our domestic and regional network and the addition of the new aircraft will enhance our operations.”

Philippe Poutissou, Vice President, Sales & Marketing at De Havilland Canada commented: “We are extremely pleased to see our Dash 8-400 aircraft join TrueNoord’s growing portfolio and are confident that it will be a valuable asset in the rapidly expanding regional aircraft sector of the leasing marketplace. We also congratulate TrueNoord on its lease agreement with Ethiopian Airlines. As a leading operator of the type, Ethiopian Airlines continues to demonstrate that the Dash 8-400 aircraft provides the operational flexibility, exceptional performance capability, capacity and passenger comfort to support its operations and we wish the airline and its strategic airline partners much continued success.”

Anne-Bart Tieleman, CEO – TrueNoord, acknowledges the potential throughout Africa for leased regional aircraft. “Air transport remains one of the key components to the development of this huge continent and we are enthusiastic about Africa’s untapped air travel potential. The lack of services between even highly populated African countries means travellers often take long and arduous road journeys, or fly via other continents, just to reach a neighbouring African country.

“Pre-COVID-19 there were only 500 scheduled routes between domestic African destinations versus around 800 between African airports and the rest of the world. As we try to find ways to emerge from the crisis and support our lessors globally it is clear that if we can work with esteemed operators, like Ethiopian Airlines, to help them offer commercially viable direct flights between domestic African destinations via increased load factors – then it’s a powerful move in the right direction.”