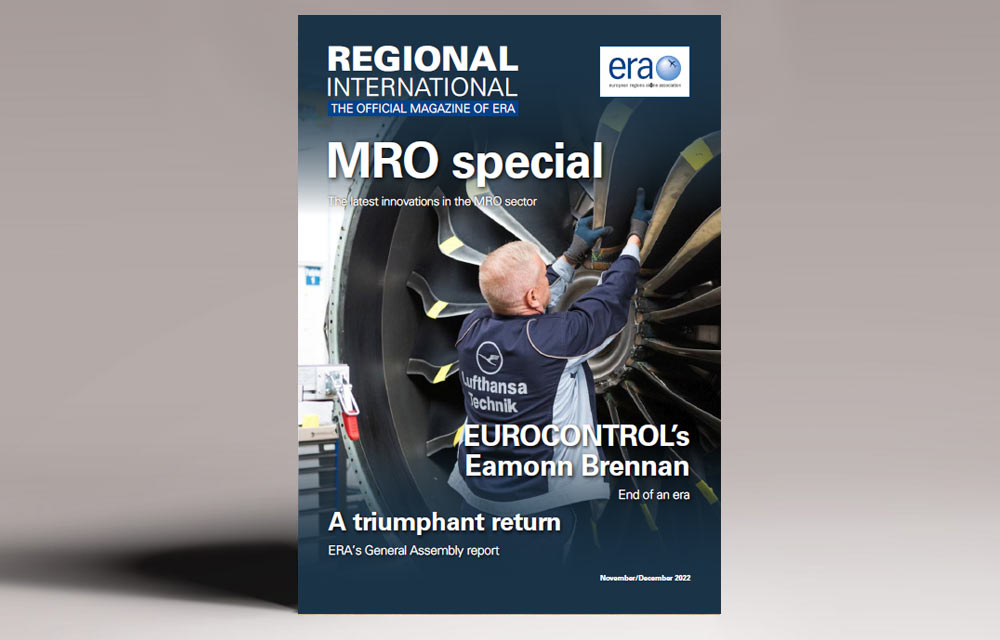 Angus von Schoenberg, Industry Officer at TrueNoord, examines the financial challenges ahead for regional aircraft lessors as the industry aims to achieve net zero by 2050.

While there is an increasingly widespread consensus that electric propulsion for aircraft is coming – whether powered by batteries or by hydrogen fuel cells – its timing and the roadmap for induction of such new technology remains highly uncertain. Technology readiness levels for such aircraft, their certification and the necessary infrastructure for electricity and hydrogen generation and distribution are critical challenges. Meanwhile, our industry faces ever increasing pressure from regulators, investors, and the broader general public to decarbonise aviation.

The leasing community in particular has little control and a lack of insight on the real level of demand for such aircraft, or influence on how and when this demand develops towards reality. For regional aircraft lessors, including TrueNoord, the challenge is compounded by the fact that new technology aircraft will come to the regional aircraft segment long before batteries or hydrogen can power large airliners. Although no new manufacturer would be able to replace the current fleet in a period that would cause existing aircraft to be retired quickly in large numbers, this represents both a threat to current technology fleets owned by regional aircraft lessors, and an opportunity to be pioneers of the future before large aircraft lessors.

The reality of investing

For regional lessors to become major investors in future technology aircraft at scale, a number of criteria would need to be met and the achievement of a greener footprint is not sufficient in isolation. From both an airline operator perspective and that of any lessor, new technology aircraft need to demonstrate operating expenses, including aircraft acquisition or leasing costs that are at least competitive with conventionally powered aircraft. For example, while fuel cost savings are obvious, the cost of alternative green power and batteries, including in-service lives, remains far less clear.

Furthermore, from a lessor and their investors’ standpoint the fundamental current business model of any leasing company relies upon proven in-service technology, a demonstrable economic life thereof, a sufficiently predictable secondary market, and all the liquidity and residual value implications associated therewith. As yet, none of these criteria have been met for new technology aircraft so in order to achieve a successful adoption of new technology, manufacturers need to generate the conditions that will enable the leasing community to invest, and lessors will also need to adapt their business models.

To date, for most lessors there is a size category that is too small to generate sufficient return on investment. This includes regional lessors, most of which consider 19–30 seaters to be too small. To engage with new generation electric and hybrid aircraft, lessors will need to find a way of managing this category of aircraft at a viable cost to their lessees while maintaining acceptable returns. Inevitably this will circle back to committing at a certain level of scale and ensuring that the lessor inputs required to manage the aircraft are commensurate to their value both individually and across a fleet. This will also require that the industry standard covenants in use for financing to lessors are adapted.

As with any new aircraft programme where market and installed fleet base diversity is not established, lessors will need to take this into account and mitigate the risk as best they can. A strong and diverse level of operator commitment to any given aircraft type would be an important factor. A substantial portion of that initial operator base would need to be top tier carriers that are willing to sign up to long leases.

While some new manufacturers are offering completely new designs and associated electric and hybrid propulsion systems, others are focussed on retrofitting existing turboprop airframes with new electric motors, fuel cells, and hydrogen tanks along with associated systems. In these cases, many of the abovementioned factors also apply, but there are notable differences.

An established airframe may serve to reduce overall programme risk, but fitting a fundamentally new propulsion system to an existing aircraft creates different risks associated with a sub-optimal architecture. For example, it is not clear whether a retrofitted ATR72 with substantially fewer seats to accommodate hydrogen capsules can generate sufficient customer appetite. On the other hand, it may be that a retrofit is viable on a partially depreciated aircraft at the time of its first full engine overhaul including life limited parts (LLP) replacement. This, of course, pre-supposes that the necessary supply and distribution of hydrogen is available where needed. In this respect hybrid concepts may offer a better alignment with sustainable aviation fuel (SAF) solutions that appear to be the only viable option for larger aircraft in the near future.

Most importantly from a lessor residual value risk perspective, most of the new technology aircraft manufacturers are start-ups. As such they will need to be able to demonstrate both programme and corporate longevity from a financial risk perspective. In addition, this would also require the establishment of robust after-sales support infrastructures that are normally associated with larger OEMs. While important for all new aircraft, this would be particularly critical for any of the start-up OEMs especially in the early stages of a new programme, where in-service experience typically reveals unexpected events.